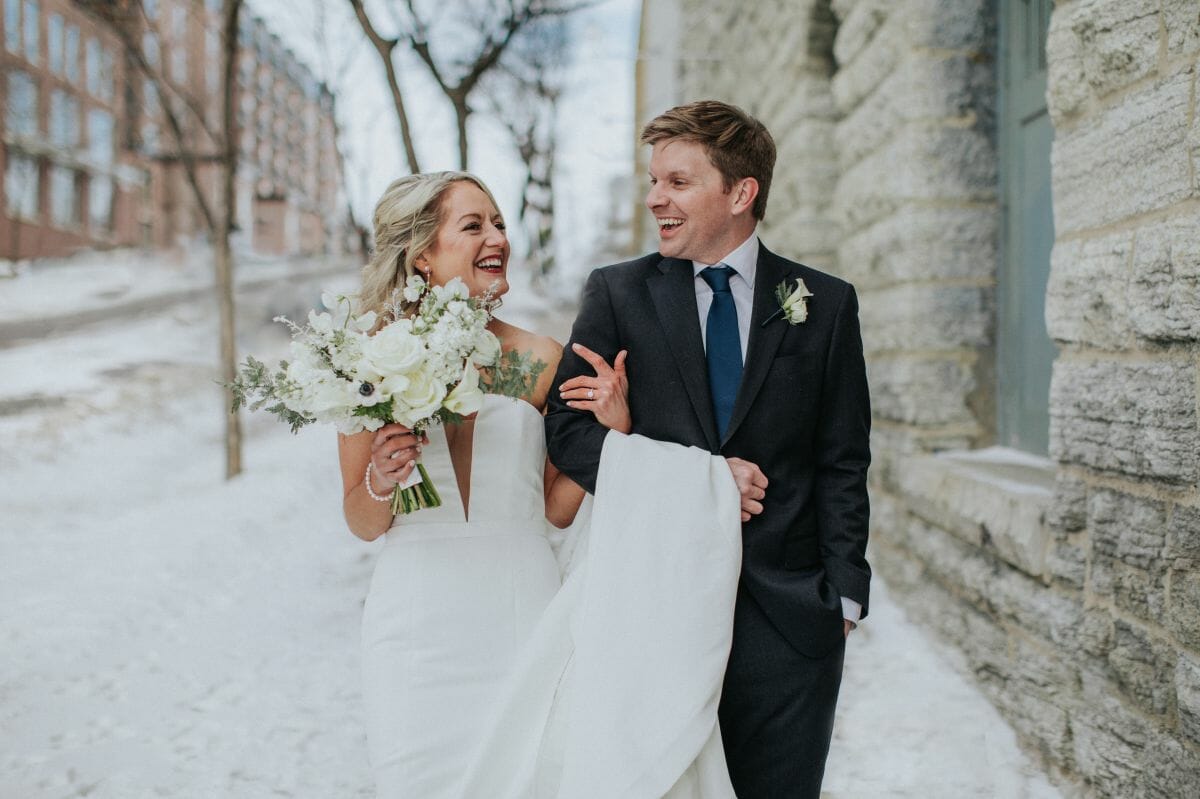 We got to see our favorite “nugget,” Darla again on this fantastic day! Her pawrents are pretty great as well; clearly she got the awesome gene from them.

For example, though it was not the warmest of Minnesota days, when we asked Megan and Phil if they wanted to go outside again because it started snowing, and they were so psyched to take pictures in the snow! Sleeveless dress and all, they had huge smiles as they kept each other warm and enjoyed their first snowfall as a married couple.

We were all so glad that the Machine Shop was “nugget-friendly” so Darla could walk down the aisle too. She did a fantastic job, but Megan and Phil’s officiant did an amazing job; witty and sweet, she drew everyone in. I think part of that feeling may have also been the circular ceremony setup Megan and Phil chose. Instead of standing in front of everyone, the two of them were surrounded by their family, friends and pup.

Megan and Phil, you had the most romantic day that also included many inappropriate laughs. Thank you for choosing us to capture your wedding; we’ll photograph you two getting married any day! 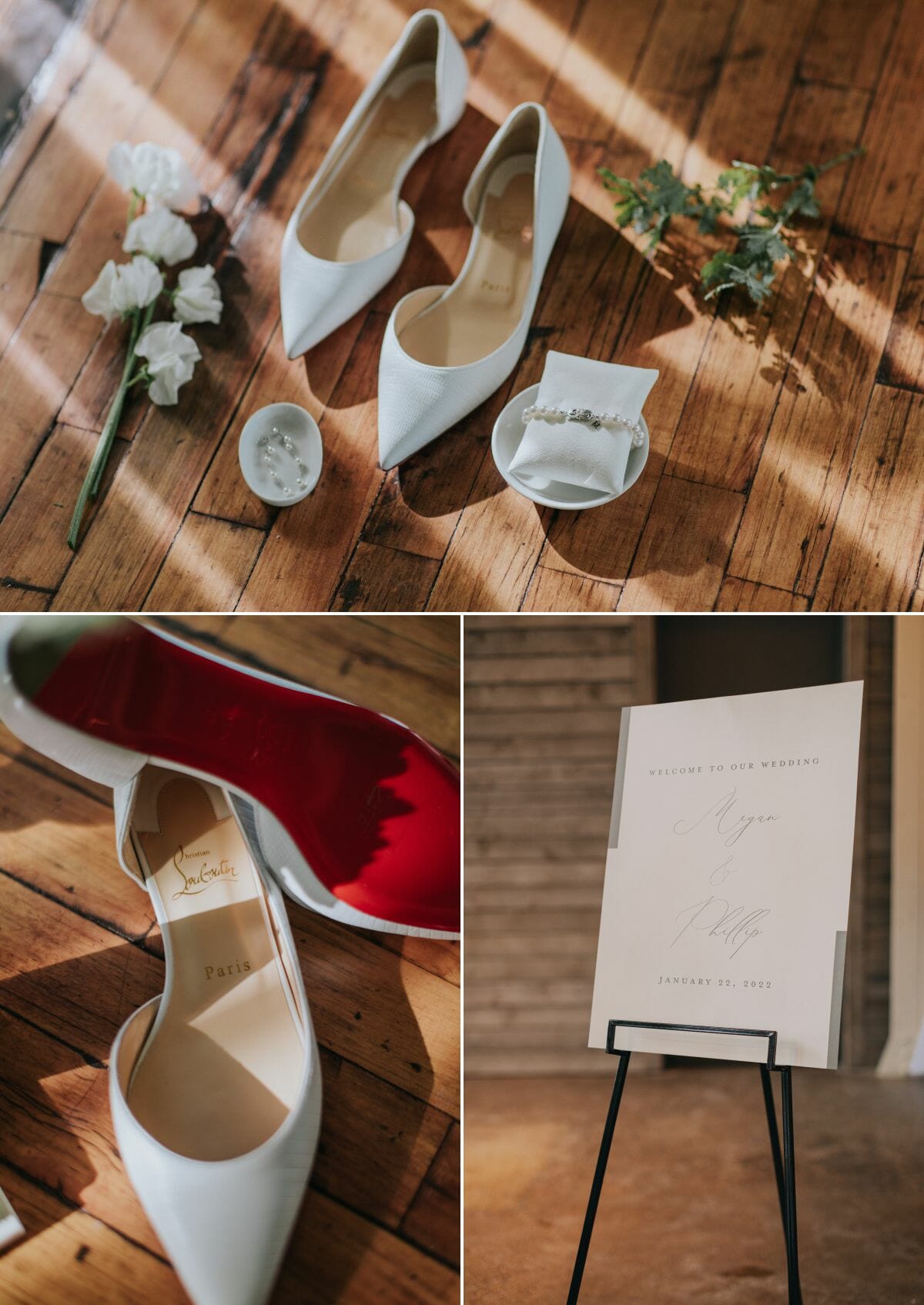 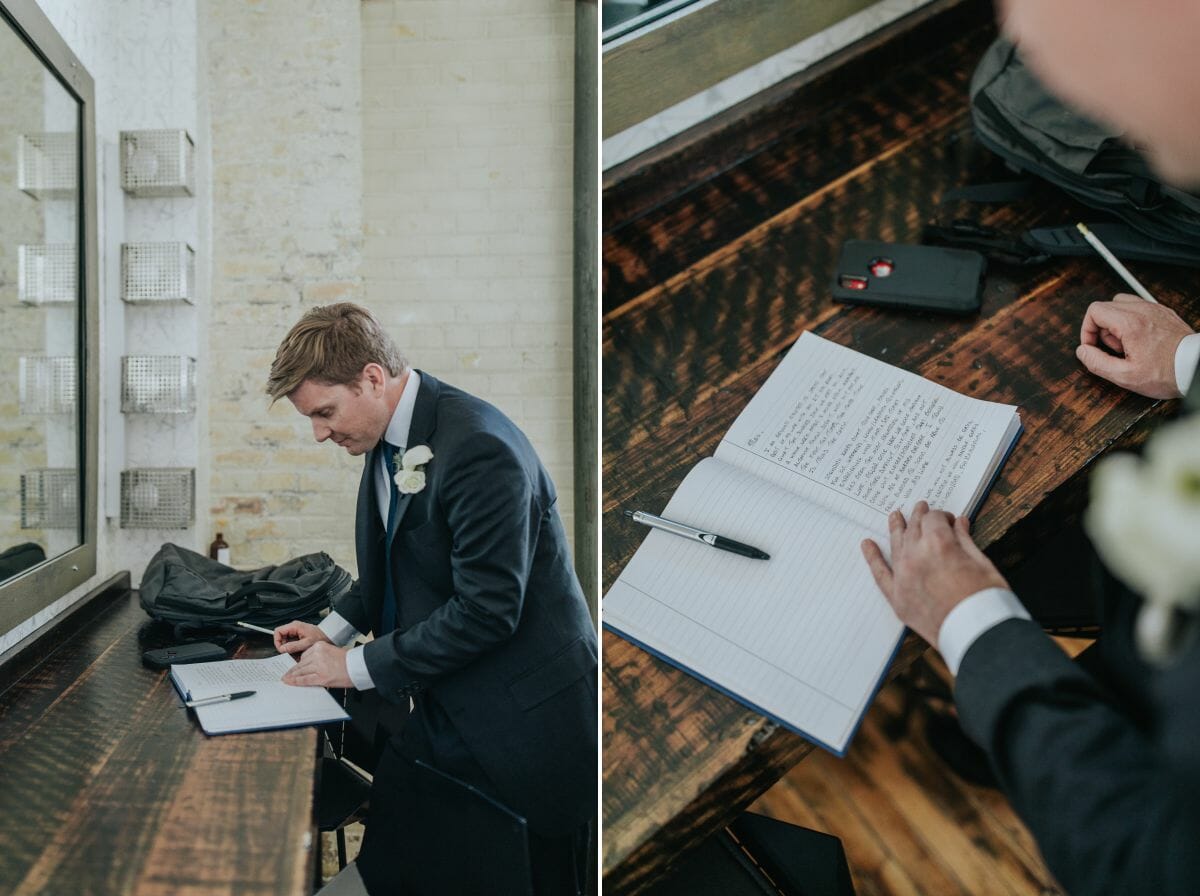 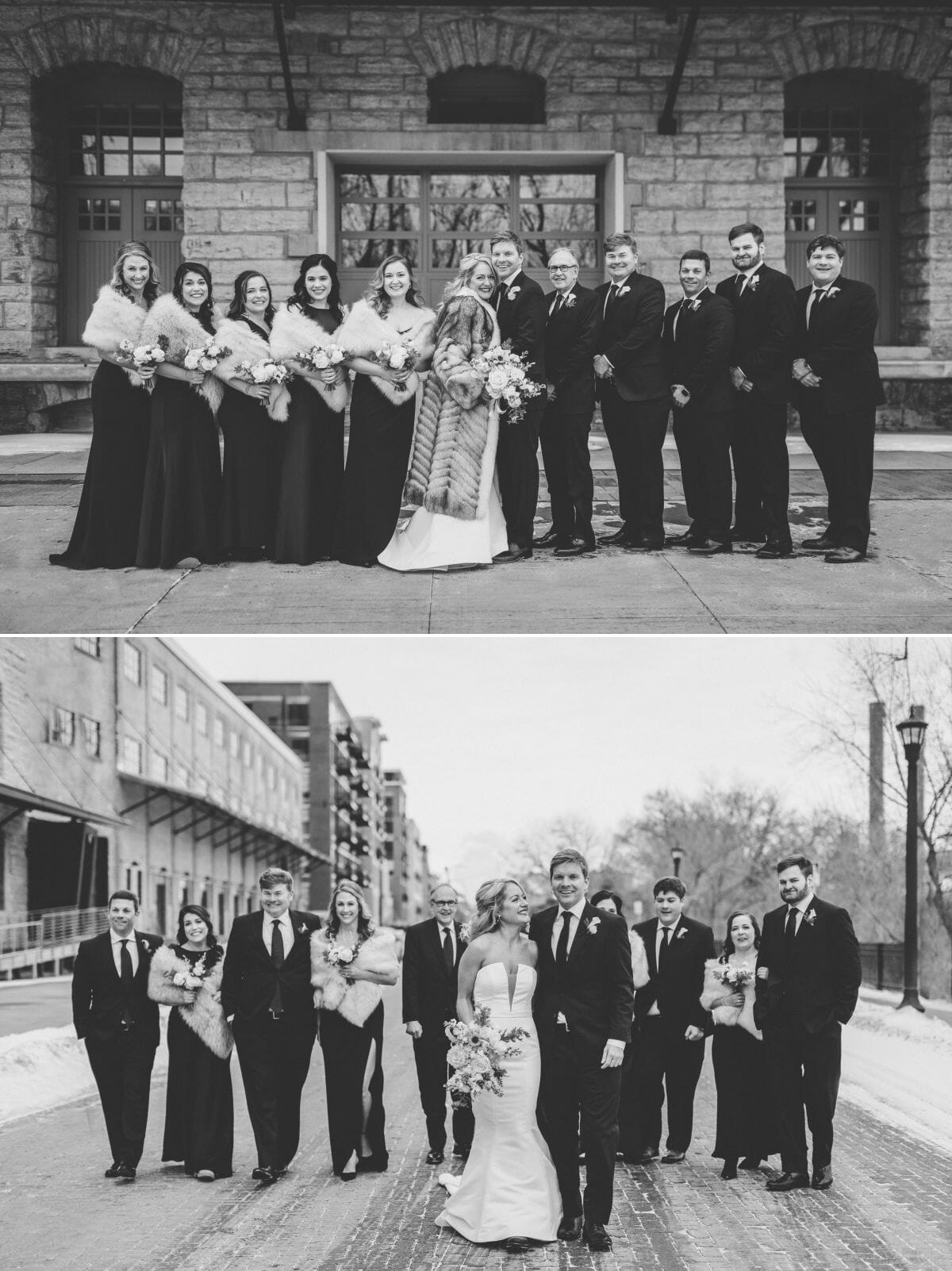 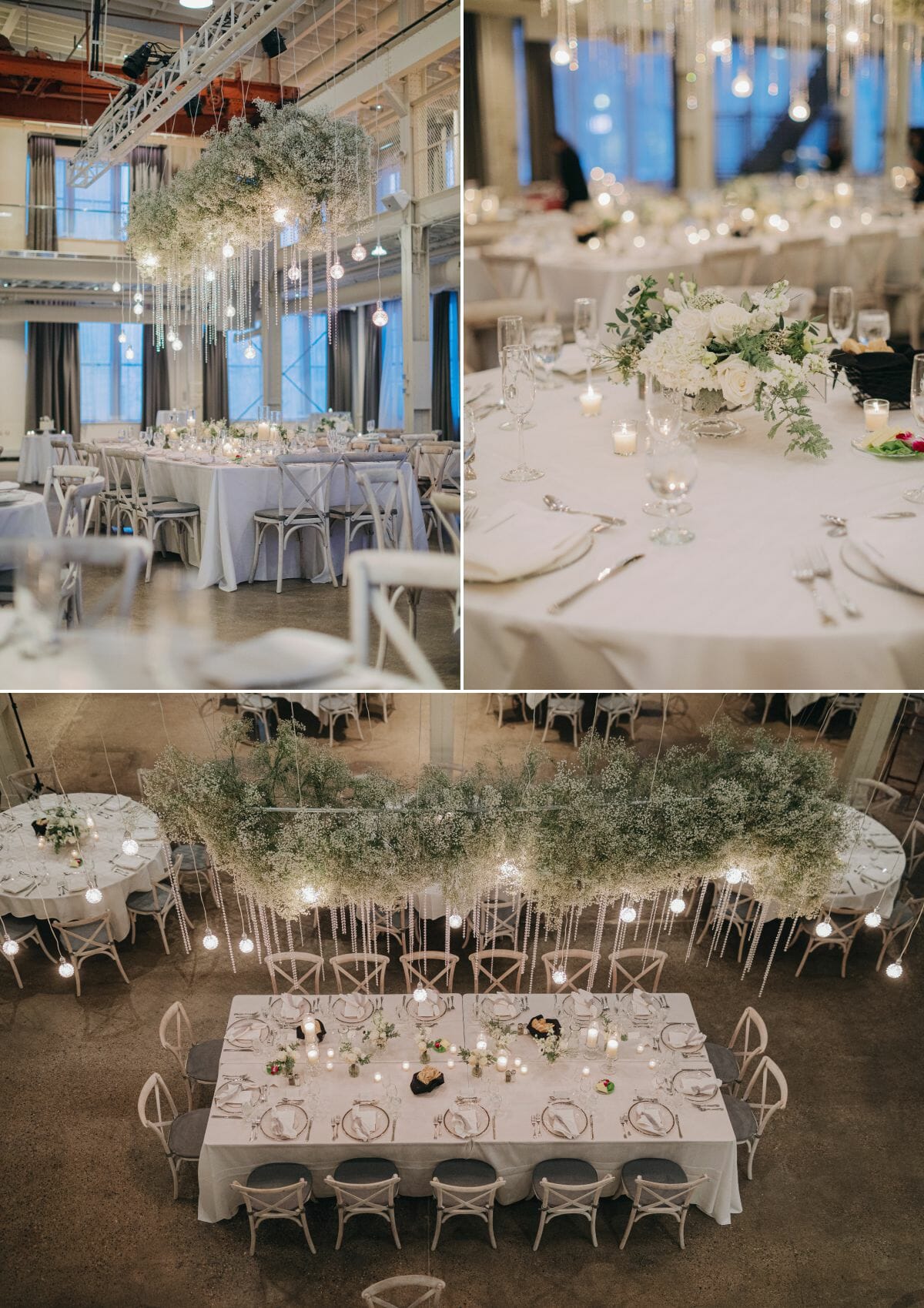